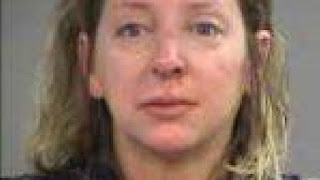 The booking mug after Melissa "MJ" Jones-Hanscom was arrested for a 2016 incident at an Ashland bar. As she was being booked, she spat blood on a corrections deputy.

On Oct. 25. 2016, she was arrested after punching a man at Ashland’s Oberon Restaurant and Bar. As she was being booked into the Jackson County Jail, Jones-Hanscom allegedly spat blood on a corrections deputy. She was charged with a felony charge of aggravated harassment against the deputy along with misdemeanor charges of fourth-degree assault and harassment for allegedly punching the Oberon patron.

Prior to that, court records show Jones-Hanscom’s past convictions include driving under the influence of intoxicants three times, refusing to take a test for intoxicants twice, driving with a suspended license twice, resisting arrest, reckless driving and interfering with a peace, parole or probation officer.

In the wake of attempting to evict a domestic abuse survivor during a pandemic and winter storms about to roll in, Melissa "MJ" Jones-Hanscom was the brunt of social media scorn Saturday. A page promoting her food truck business was reportedly shutdown after critics slammed it with negative comments.
"They weren't fans, friends or family," she said. "I don't know who they are. I never dealt with them."
Well. MJ Jones must have an incredible eidetic memory if she can remember the face and name of every single person she served over the years at her food truck.
A number of her now former patrons contacted the RFP and have said they will never go back to Jones-Hanscom's food truck.
"I always thought she was a twisted bitch," one of them said, on the condition of remaining anonymous -- out of concerns for their safety. "I'll never support her business after this. You don't treat people like this."
On Saturday, Jones-Hanscom issued a rambling "statement" in which she told her side of the issue: In short, Woods is lying about her health issues, she needs the extra income from a tenant to make ends meet and they want to turn the spare room, the rental for extra revenue, into a "family game room."
Evidently, the finances aren't that bad for Jones-Hanscom and her family.
In her social media exchanges, Jones-Hanscom repeatedly told critics that they could take in Woods as a tenant.
Yes. She said that.
Meantime, Jones-Hanscom still refuses to restore the studio's power even as it's getting colder and more storms are moving in.
Here are some screenshots taken from Jones-Hanscom's Facebook page on 2 Jan. 2021. 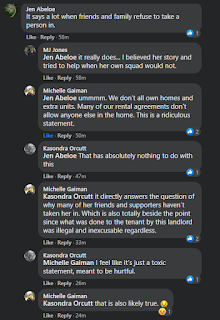 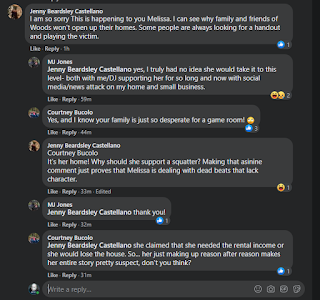 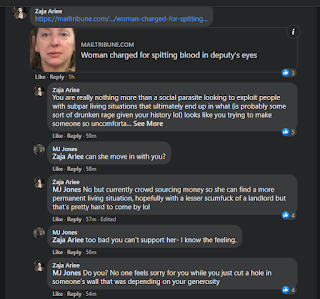 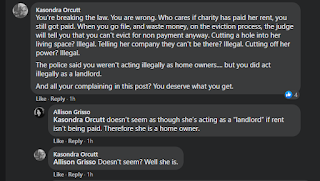 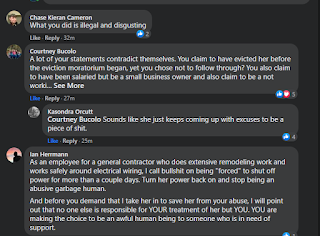